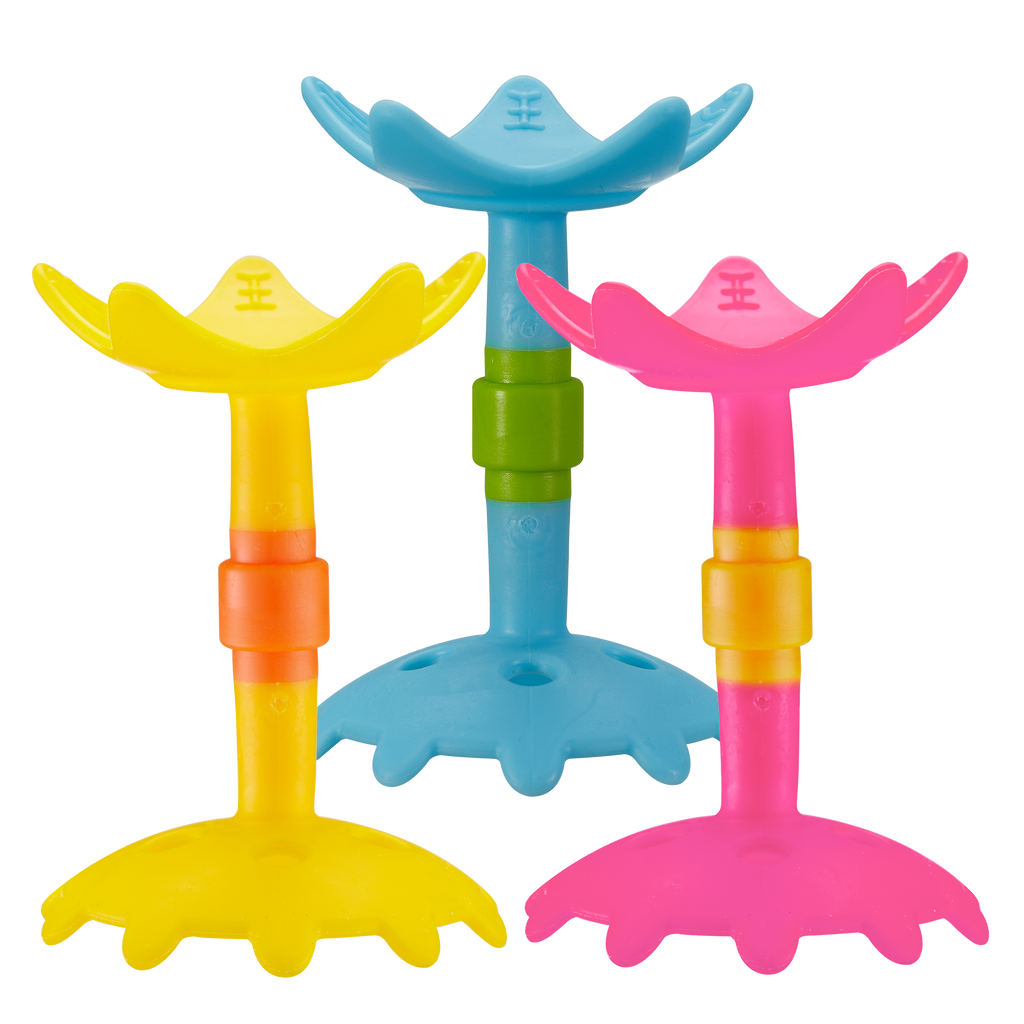 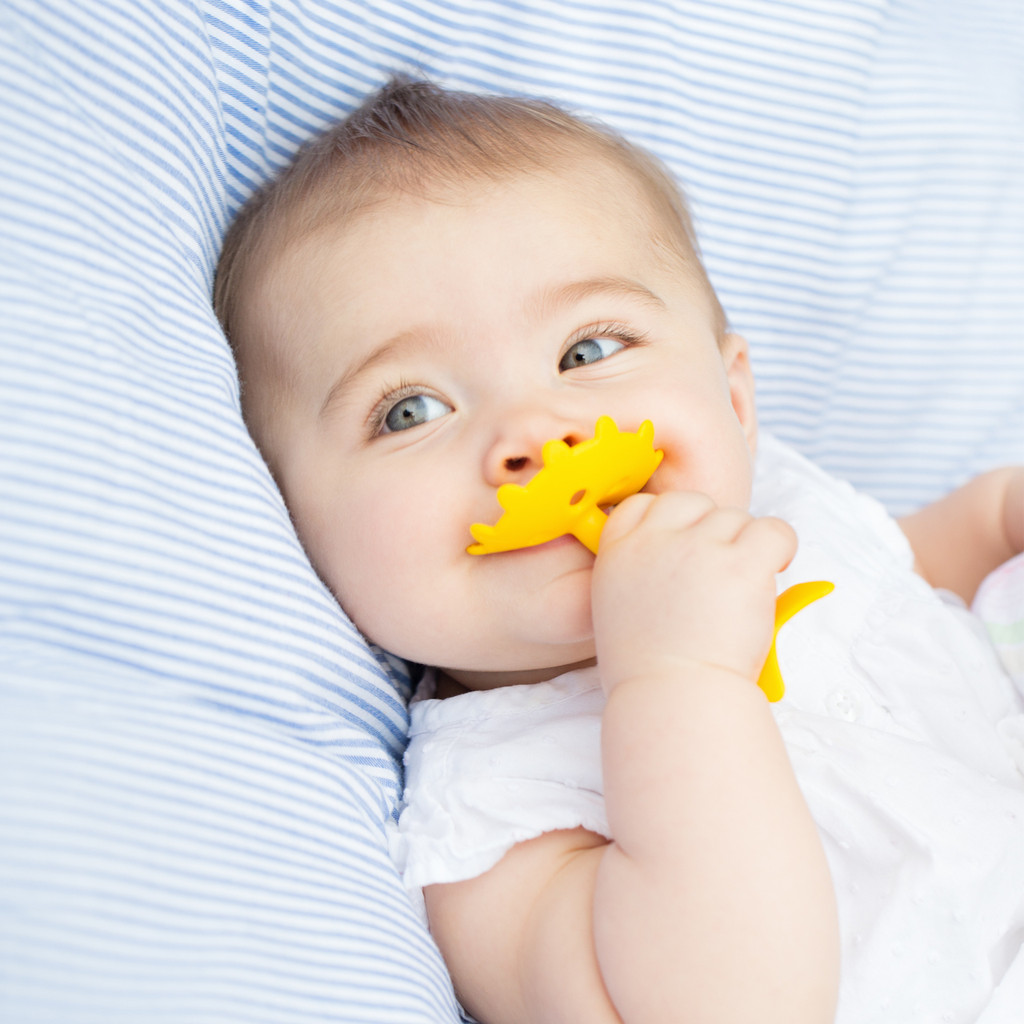 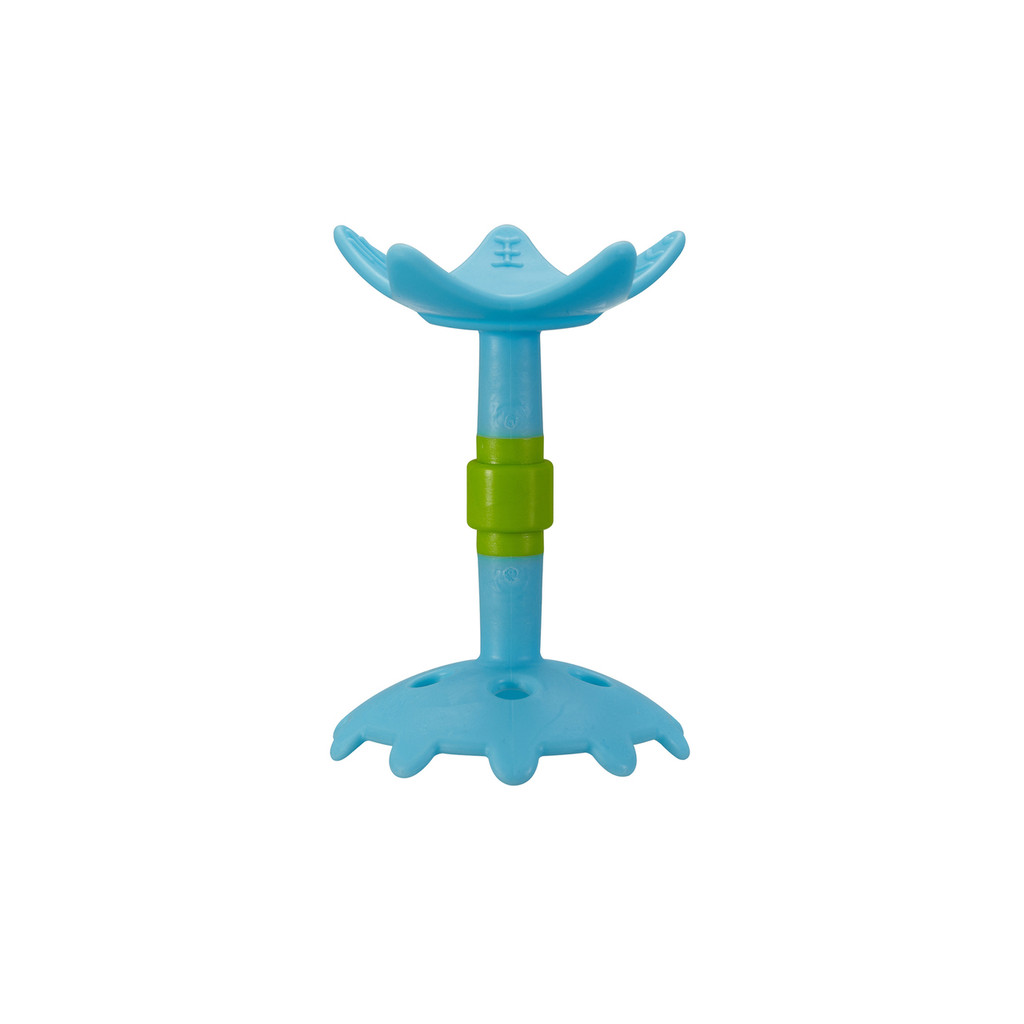 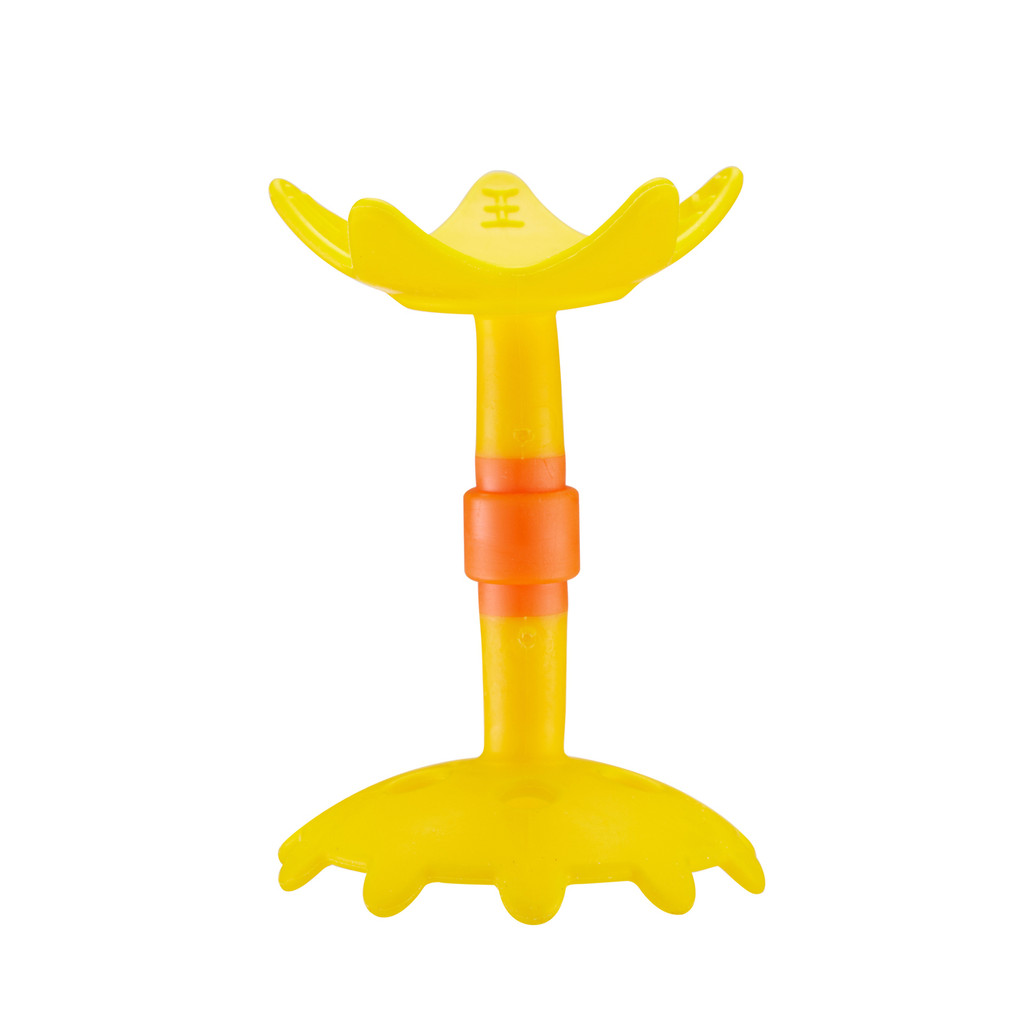 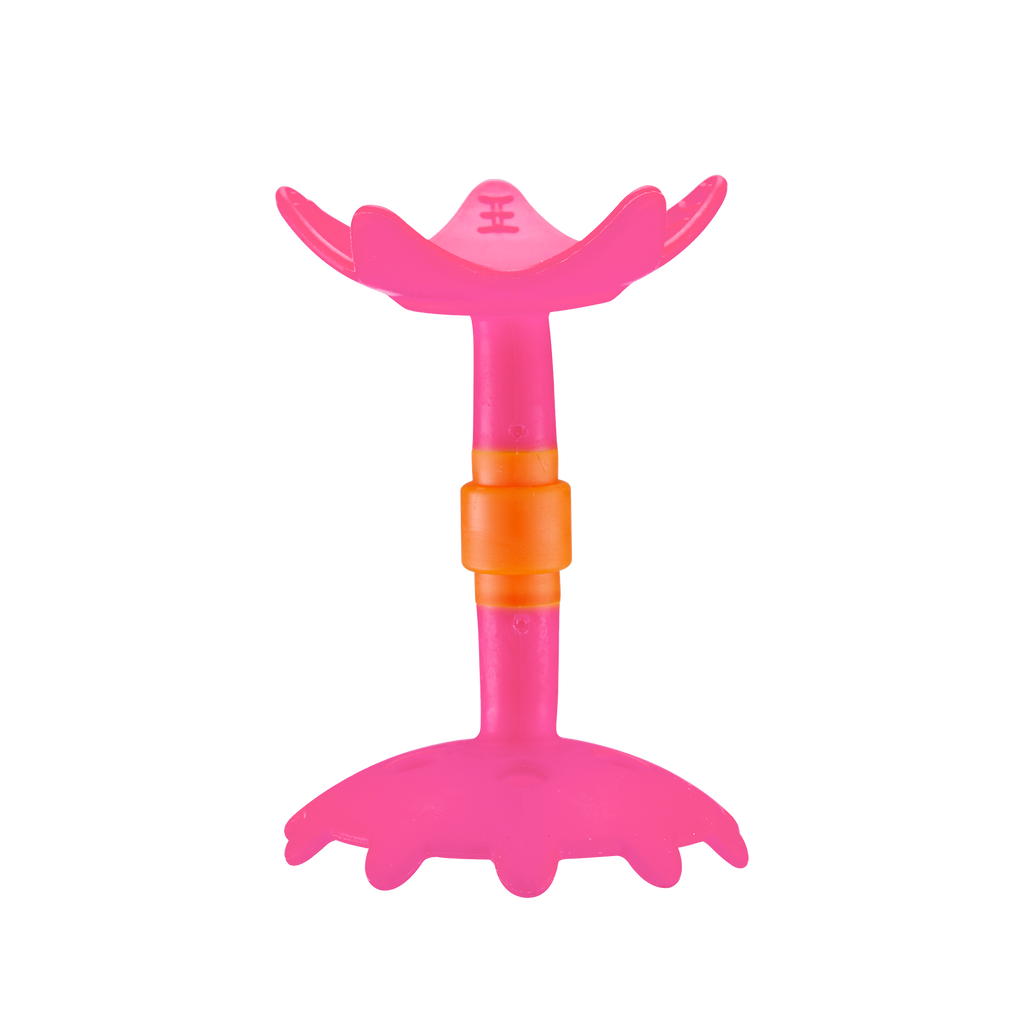 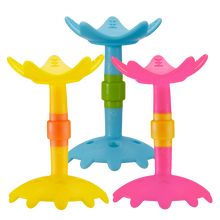 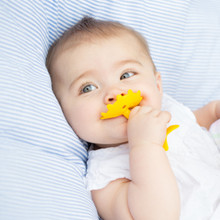 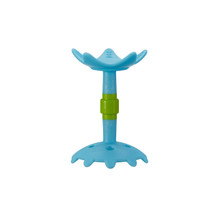 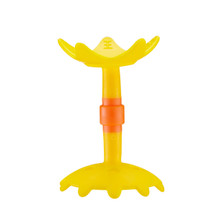 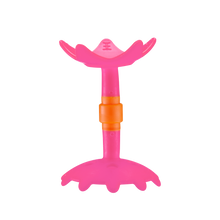 Teething is such an ordeal. Baby’s gums are sore and aching, and you’d do anything to help them. Innobaby’s Star Teethers are perfect for your little one’s tough time.

Innobaby’s star teethers aren’t just great for teething pain, they’re considered “training teethers,” which means they’re great for a bunch of different reasons. They stimulate the muscles of the lips, tongue, and cheeks to improve oral motor skills, which aids in nursing, eating solid foods, drinking from cups, and speech development. The light and easy to grip handle also improves hand-eye coordination. Giving two to baby will allow for bilateral movement and stimulation of both sides of the brain, as well.

Innobaby holds its teethers to the very highest standards (Conforms to Toy Safety Standard ASTM F963 and EN71) and uses the highest quality TPE available, because Innobaby wants the best for your baby, just like you! Other teethers may be too small, or break apart easily, but you can trust ours!

Warning: Never leave children unattended with teethers. Inspect teethers before and after each use. Not intended for prolonged use or for use by children with teeth. If broken or torn, discontinue use and replace as needed. 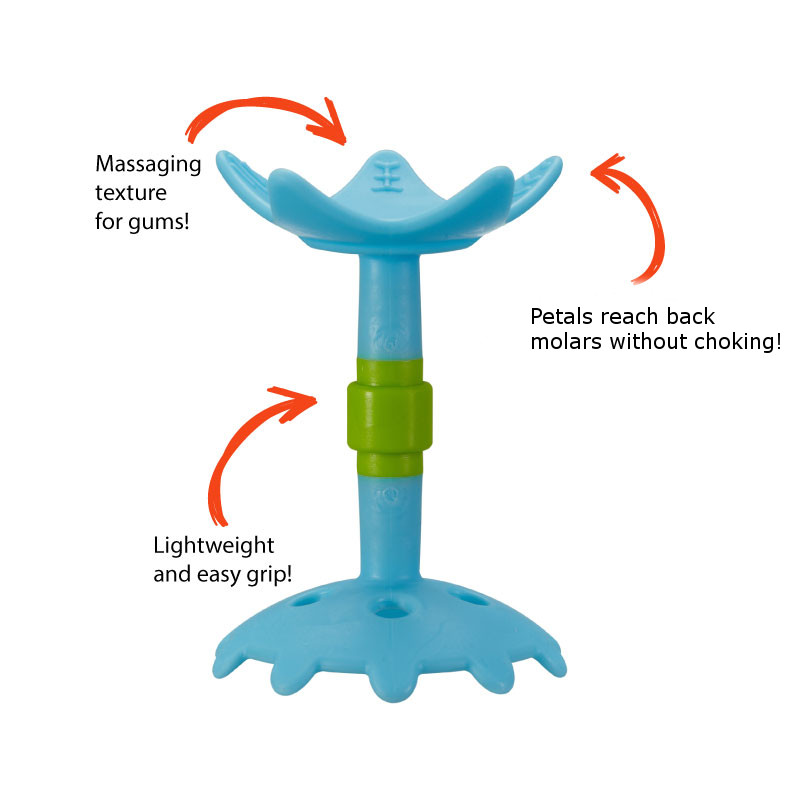 My son gripped and mouthed these for his first few months of learning the dexterity in his hands. It quickly became his lovey and I am glad we had extras to keep different areas they wash nicely and get softer as you use them!

My son loved this teether!

This teether was so lightweight and my son loved it! We bought two so we always had one on hand.

I got this for my 16 month old who is teething badly and has a couple teeth coming through all at once. He loves it so much, I now never leave the house without this teether!! I love that its silicone because its gentle on his gums and easy to clean. A good size and convenient on the go! I highly recommend this teether.

My little guy is teething and loves this teether - we love that it is easy to sanitize, can be frozen, and is easy for him to hold on to and chew on!

My son has used this teether since he was 7 months and he loves it. It is very lightweight and easy for him to hold. I like it because it does not collect lint and dust like other teethers we have.

Create an account with us and you'll be able to:

Fill in your email below to request a new password. An email will be sent to the address below containing a link to verify your email address.