One of the biggest topics of conversation amongst moms over time has been eating. What do you feed your baby? When did you introduce solids? How often are you feeding? What is their favorite food? The list could be miles and miles long! Oftentimes, it is the first conversation you have with their pediatrician when they are hours old. It continues through the school age years and is oftentimes the first question asked when a health topic arises. What we eat can be linked to so many different things, and as parents, it is in our nature to want the best of the best for our kiddos, and it all starts with food! 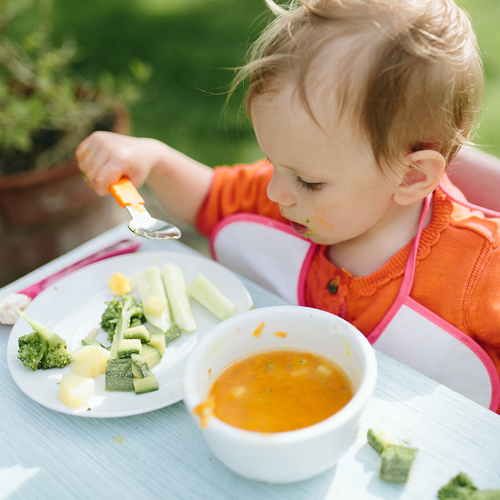 I am blessed as a mom of 3 to have 66.6% of my children be “good” eaters. One has been a good eater since he was first introduced to solid foods. He literally will try anything, and I feel blessed every day that I don’t have to worry about how much he eats or what he is eating. Last week, he downed a whole package of seaweed with 10 ounces of almond milk and a pint of blackberries. He turned 2 less than a month ago. My daughter has always eaten a variety of foods but a bit more reluctantly and requires a bit of coaxing. That said, she still tries it and eats a wide variety of healthy foods. 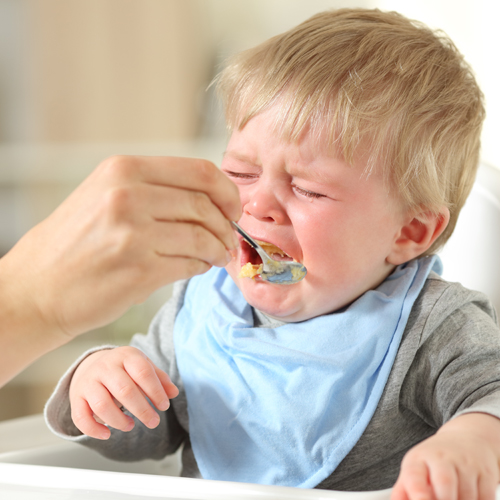 Then there is my picky guy. When I say picky, I mean P.I.C.K.Y. I joke (it's actually relatively true though…) that he only eats brown, tan and orange foods. He is stubborn and absolutely NOT food driven. Even as a baby, when I had to be away from him for an extended period of time, he would just not eat and wait for me to get home to nurse him. I remember coming to get him from my mom’s house after a long 8 hour day of closing on our new house and moving, and he hadn’t had a single bottle. He flat out refused! Rewards barely work with him either- eat this, and you can have this. He’s like “yea-no thanks”.

If he had it his way, he would survive on ritz crackers, mac and cheese and an occasional granola bar. I’m not even kidding. He even gags sometimes when I put vegetables on his plate. He asks me to take them off his plate before he even sits down. Some nights it's more painful than others depending on how much he has eaten during the day.

So here’s what I have found can work with him. It's not 100% fail proof, but chances are, one of these strategies will get something from the non brown/orange category. 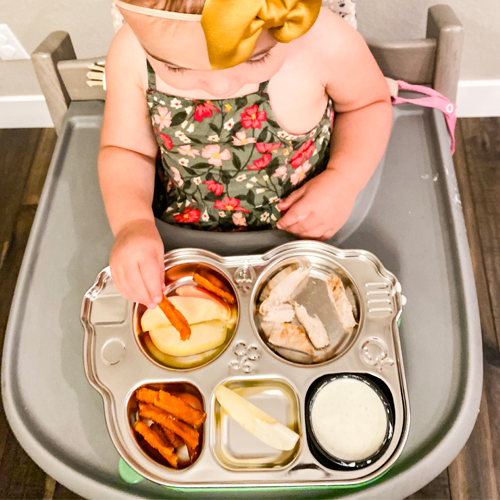 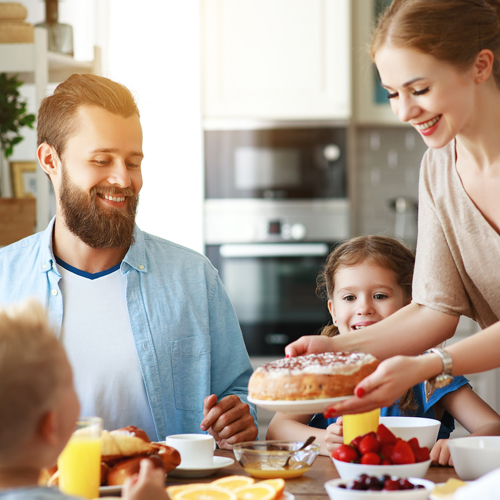 We are a work in progress. Someday, my kiddos will all likely eat us out of house and home, but for now, it’s a struggle, and for those of you with a kiddo like my middle guy, you know how hard mealtimes can be. I count my blessings daily that I have some good eaters and I take each picky eater victory as a win for the whole team.

So, solidarity, parents of picky eaters and good eaters alike. It's one of those parts of parenthood that no one warns you about, but that time will eventually fade and new challenges will arise. Until that time, I have learned to embrace the learning moments and to keep the consistency in such an inconsistent world!

Create an account with us and you'll be able to:

Fill in your email below to request a new password. An email will be sent to the address below containing a link to verify your email address.